The Great Pacific Garbage Patch (GPGP) is the largest of the five offshore plastic accumulation zones in the world’s oceans. It is located halfway between Hawaii and California. 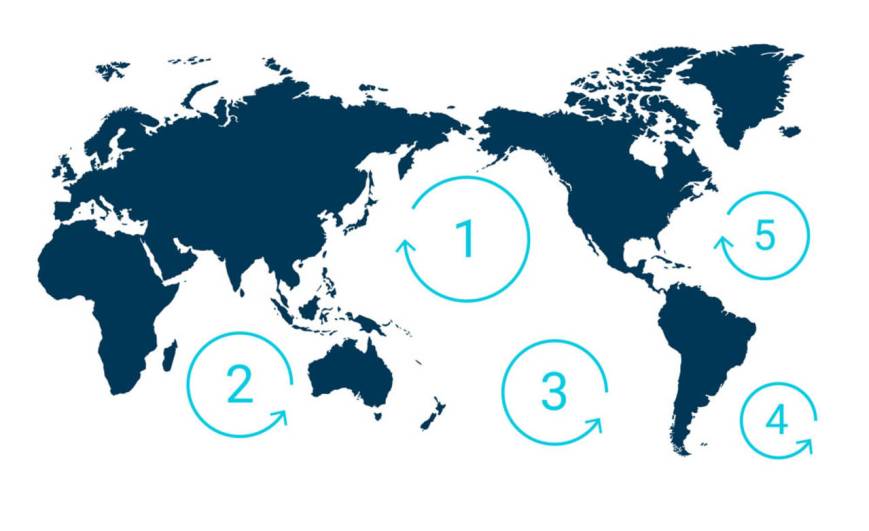 How Long Does Garbage Last in the Ocean?