Juan Rodriguez Cabrillo led the first European expedition that explored what is now the west coast of the United States. Cabrillo departed from the port of Navidad, Mexico on June 27, 1542. Three months later he arrived at “a very good enclosed port,” which is known today as San Diego Bay. Historians believe he anchored his flagship, the San Salvador, on Point Loma’s east shore near the land that became Cabrillo National Monument. Cabrillo later died during the expedition, but his crew continued on, possibly as far north as Oregon, before thrashing winter storms forced them back to Mexico.

Cabrillo National Monument, established in 1913, remembers Juan Rodriguez Cabrillo’s voyage of exploration. It was the first contact between the coastal California Indigenous tribes, like the Kumeyaay, and men from Europe. Though the San Salvador stayed only six days in San Diego harbor, this journey and future Spanish journeys to the area would shape southern California’s complex history.

Born in Spain, Cabrillo was a conquistador in his youth. The term “conquistador” is the name applied to the mostly Spanish soldiers who explored, conquered, and settled in the New World. We know little of Cabrillo’s early years until 1519, when his name appears in the ranks of those who served in the army of famous conquistador Hernan Cortes. In the terrible battles between the Aztecs and the Spanish, Cabrillo fought as a captain of crossbowmen.

Metal weapons and effective tactics made the conquistadors formidable opponents. The Aztecs, however, were also very brave and they greatly outnumbered the Spanish. Ultimately, smallpox tipped the scales in favor of the Spanish. The disease, previously unknown in the New World, swept through Aztec defenders and killed perhaps a quarter of their population. Everywhere the Spanish went, advanced disease went before them making it possible for a relatively few Europeans to conquer the New World. After the defeat of the Aztecs, Cabrillo joined other Spanish military expeditions in what is today southern Mexico, Guatemala, and El Salvador. Eventually Cabrillo settled in Guatemala.

A Businessman in the Spanish “Encomienda” System

By the mid-1530s, Cabrillo established himself as a leading citizen of Guatemala’s primary town, Santiago. Cabrillo was one of the Spanish-born men who benefited from the “encomienda” system in the New World. In this system, the king of Spain granted long term leases for land that often came with the right to use forced Indigenous labor. In Spanish society, this was viewed as a reward for services to the crown, and it also served as a way to keep Spanish landowners in power. In Cabrillo’s case, he was granted the right to farmlands and mines. Cabrillo’s businesses on land and at sea – and so his resulting wealth – depended on slave labor. Indigenous Guatemalans were enslaved by the Spanish and forced to work not only on his farms and in his mines, but also in his shipyards and on his vessels.

After establishing himself, Cabrillo traveled to Spain in 1532 to marry his business partner’s sister, Beatriz Sanchez de Ortega. Cabrillo had a previous relationship and children with an Indigenous Guatemalan woman, but his children from this union could not inherit his wealth because Spain required landowners to be white Spaniards. Beatriz had two sons who inherited much of Cabrillo’s wealth.

Cabrillo was also known for his shipbuilding operations. Using a port on Guatemala’s Pacific Coast, Cabrillo imported and exported goods in the developing trade between Guatemala, Spain, and other parts of the New World. The ships he used for this trade were constructed in Guatemala by skilled laborers from Spain and Indigenous Guatemalans forced into hard physical labor. Some of these ships were used for trade and others were used in Spain’s early exploration efforts.

The Governor of Guatemala, Pedro de Alvarado, selected Cabrillo to build and provision ships to explore the Pacific because of his skills as a leader and businessman. Alvarado planned to use the ships to establish a trading route between Central America and the Spice Islands (modern day Indonesia) . When Alvarado died during an Indian uprising, his business partner, the Viceroy of New Spain, Antonio de Mendoza, prompted Cabrillo to lead one of two expeditions to explore the Pacific. Cabrillo accepted and soon set out to explore the coast north and west of New Spain (Mexico). Meanwhile, the other expedition, led by Ruy Lopez de Villalobos, sailed directly across the Pacific to the Philippines. While this expedition did reach its Philippine destination, Villalobos was killed in a mutiny, and the hungry, disheartened crew eventually surrendered to a Portuguese garrison in the Spice Islands.

The Cabrillo expedition sailed out of the port of Navidad, near modern day Manzanillo, on June 27, 1542 with three ships. Accompanying Cabrillo were a crew of sailors, soldiers, enslaved people, merchants, a priest, livestock, and provisions for two years. The expedition was also seeking the seven fabulously wealthy cities known as Cibola that some believed were near the Pacific coast beyond New Spain, and the possibility of a route connection from the North Pacific to the North Atlantic – the Straits of Anian.

One hundred and three days into the journey, Cabrillo’s ships entered San Diego Bay. He probably landed at Ballast Point (visible from the Visitor Center) where he claimed the land for Spain, though no Europeans settled in the area at that time. Cabrillo described the bay as “a closed and very good port,” which he called San Miguel. The name San Miguel was changed to San Diego 60 years later by another explorer, Sebastian Vizcaino. The Kumeyaay tribes had already lived in the area for thousands of years and would continue to be the primary human shapers of the landscape until the Spanish established a fort in San Diego in 1769.

The expedition continued north to Monterey Bay and may have reached as far north as Point Reyes before storms forced the ships to turn back. The expedition failed to sight the entrance to San Francisco Bay, which remained undiscovered until 1769. Discouraged by foul weather, Cabrillo decided to winter in the Channel Islands. There, after a fall suffered during a brief skirmish with an Indigenous tribe , Cabrillo shattered a limb and died of complications on January 3, 1543. Following Cabrillo’s death, the disheartened crew again sailed north, this time under the leadership of Bartolome Ferrer. The expedition may have reached a latitude as far north as the Rogue River in Oregon, but thrashing winter winds and spoiled supplies forced them to return to Mexico.

While Cabrillo’s contemporaries considered the expedition a failure, it left behind our first written glimpse of the west coast of North America from a newcomer’s perspective. There was no known lasting Spanish impact on Kumeyaay culture until the fort and mission system was established in 1769.

Future Spanish explorers used Cabrillo’s records to better navigate the Pacific. They learned that a wide, slow current flows from north to south along the Pacific coast of North America. It is a quick route to return from Asia, but nearly impossible to travel north as Cabrillo and his crew found out. 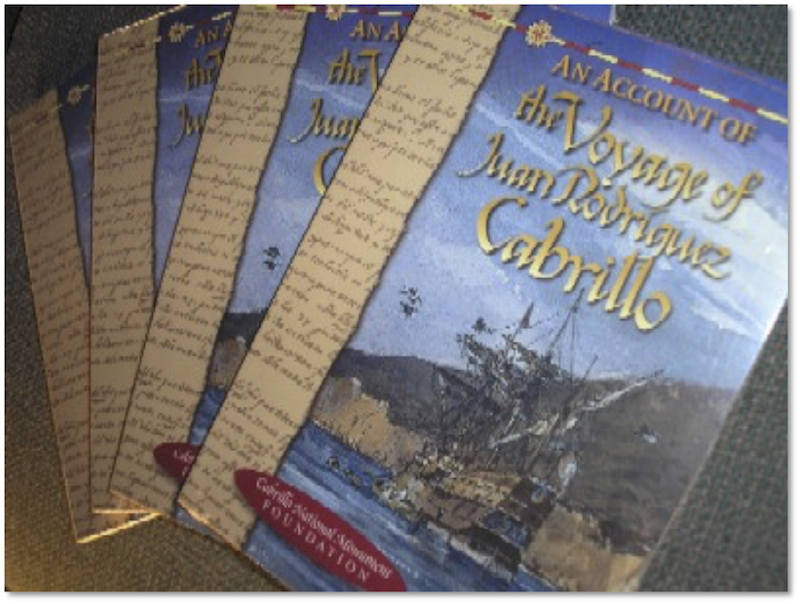