(hard to differentiate between them in the field) 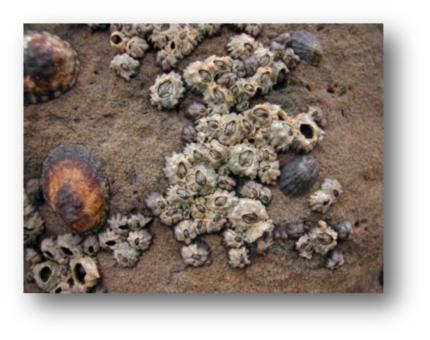 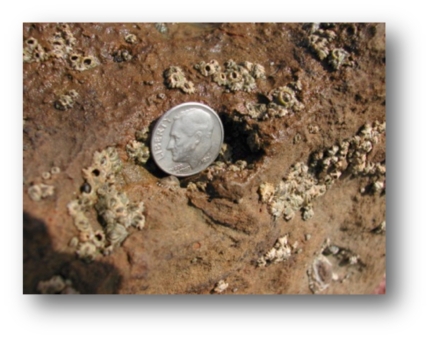 Where found:  Along upper limit of intertidal zone.

Interesting facts:  Although they look more like they are molluscs (related to animals with shells, like mussels and clams), they are actually crustaceans. That means they are more closely related to lobsters and crabs.

Adaptations:  These dingy-looking shells appear to be dead remnants of old animals. They are sessile (non-moving) animals that crowd together on higher rocks, out of the water most of the day, during which they are exposed to a lot of sun, rain, and wind. Although they appear to be dead, they are holding their operculum, a set of hinged plates, tightly closed. During the extreme high tides, they are immersed in water and suddenly spring to life. The operculum is opened and the animals pulse their appendages, bringing in microscopic food.

Studies done with Chthamalus fissus (you pronounce this as if the Ch isn’t there) showed they are quite hardy. They can tolerate long periods of desiccation. Some animals survived four months continuously immersed in fresh water. Some even lived for two months in Vaseline.

Food:  Acorn barnacles are filter feeders, using their appendages to force water (and its microscopic plants and animals) to their feeding parts.

Life history:  Eggs and embryos are retained, or brooded, within the shell of the parent to be released as nauplii. Nauplii are free-swimming, planktotrophic larvae with one eye, one shell, and three pairs of legs. After a number of changes, it becomes a cypris, with three eyes, two shells, and six pairs of legs. At this point it is ready to settle. The cypris attaches itself to its substrate, cements itself, and secretes its shell. As an adult, the barnacle is blind with its head attached to the substrate and its feathery legs extended as feeding appendages. Since it is sessile as an adult, the settling of the cypris is a crucial event in the life cycle of a barnacle. Newly settled barnacles will inhabit a broad range of shoreline, although their predators quickly pare down the populations to a narrow band of survivors. As an adult, barnacles molt, releasing their thin skin-like covering, not their outer shell. They reach maturity at the end of their first year, can live for 8 to 10 years, and produce one to three broods of up to 30,000 larvae during each winter and spring.

Other species of barnacles:  The pink thatched barnacles (Tetraclita rubescens) are much larger than the acorn barnacles, and tend to be more solitary. They are found in similar locations as acorn barnacles. Larvae are released during the summer and animals that are not victims of predation can live up to 15 years. 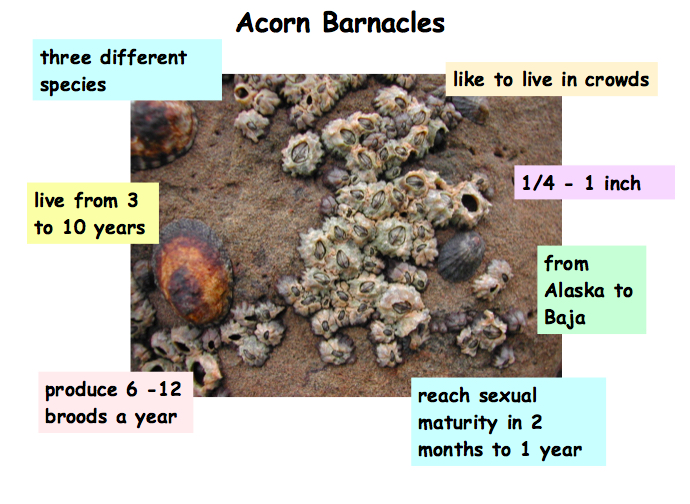 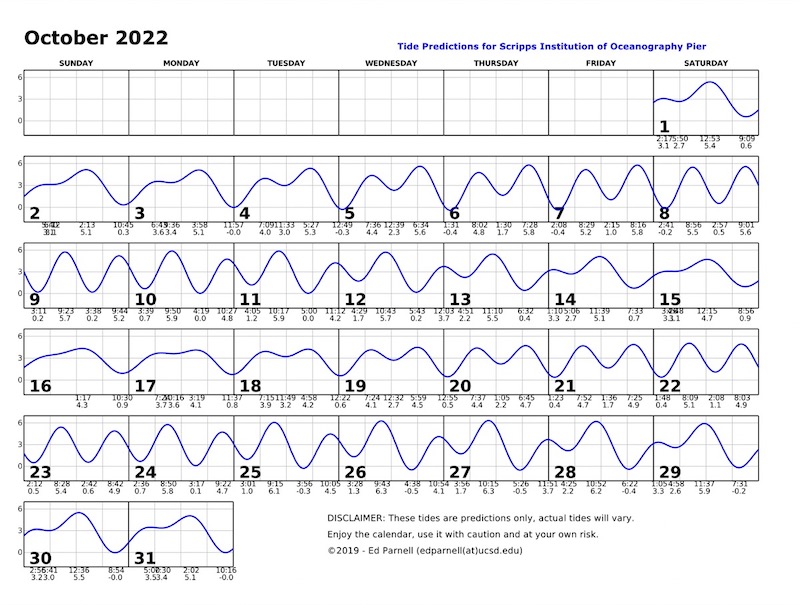