Quite a number of seashore algae and one plant can be found in the Cabrillo tidepools. These large macroscopic organisms, commonly called seaweeds, include surf grass and three groups of algae (green, brown, or red).

“Although they have many plant-like features seaweeds are not true vascular plants; they are algae. Algae are part of the Kingdom Protista, which means that they are neither plants nor animals. Seaweeds are not grouped with the true plants because they lack a specialized vascular system (an internal conducting system for fluids and nutrients), roots, stems, leaves, and enclosed reproductive structures like flowers and cones. Because all the parts of a seaweed are in contact with the water, they are able to take up fluids, nutrients, and gases directly from the water, and do not need an internal conducting system. Like true plants, seaweeds are photosynthetic; they convert energy from sunlight into the materials needed for growth. Within their cells seaweeds have the green pigment chlorophyll, which absorbs the sunlight they need for photosynthesis. Chlorophyll is also responsible for the green colouration of many seaweeds. In addition to chlorophyll some seaweeds contain other light absorbing pigments. These pigments can be red, blue, brown, or golden, and are responsible for the beautiful colouration of red and brown algae”.[i]

But the algae and plants don’t seem to care, so often we find ourselves referring to the whole bunch as “seaweed”.

“Although seagrasses flourish in the aquatic realm of the ALGAE, they are true PLANTS that have several unique characteristics that distinguish them from terrestrial vascular plants.”[ii]

“Of the sea grasses, Phyllospadix, commonly known as surf-grass, is unique because it is the only flowering plant genus that grows predominantly on rocks in the littoral zone exposed to the most violent surf.”[iii]

Seagrasses are often referred to as “Submerged Aquatic Vegetation” or SAV. This distinguishes them from algae, which are not classified as “plants” by biologists (rather they are often placed in the kingdom protista).”[iv]

So, what is ALGAE? Animal or plant?? Neither!

“Algae are photosynthetic organisms that occur in most habitats, ranging from marine and freshwater to desert sands and from hot boiling springs to snow and ice. They vary from small, single-celled forms to complex multicellular forms, such as the giant kelps of the eastern Pacific that grow to more than 60 meters in length and form dense marine forests. Algae are found in the fossil record dating back to approximately 3 billion years in the Precambrian. They exhibit a wide range of reproductive strategies, from simple, asexual cell division to complex forms of sexual reproduction.

Algae are important as primary producers of organic matter at the base of the food chain. They also provide oxygen for other aquatic life. Algae may contribute to mass mortality of other organisms, in cases of algal blooms, but they also contribute to economic well being in the form of food, medicine and other products. In tropical regions, coralline algae can be as important as corals in the formation of reefs.

Seaweeds are larger algae that live in the marine (salt or brackish water) environment. Kelps are large brown seaweeds in the genera Pelagophycus, Laminaria, Macrocystis, etc. In the Pacific, individual kelp plants may reach 65 meters in length.”[v] 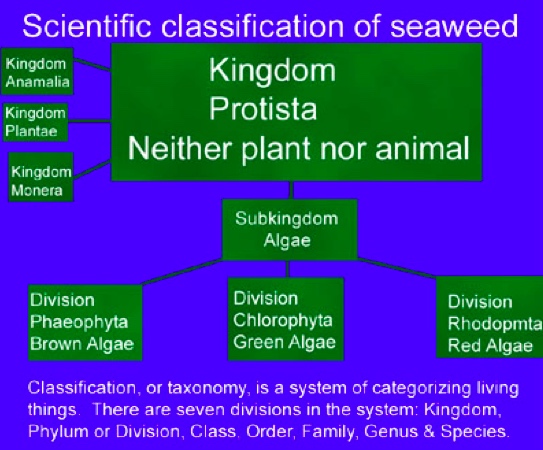 Most common algae at Cabrillo:

[i] http://oceanlink.island.net/oinfo/seaweeds/seaweeds.html (no longer an active link) 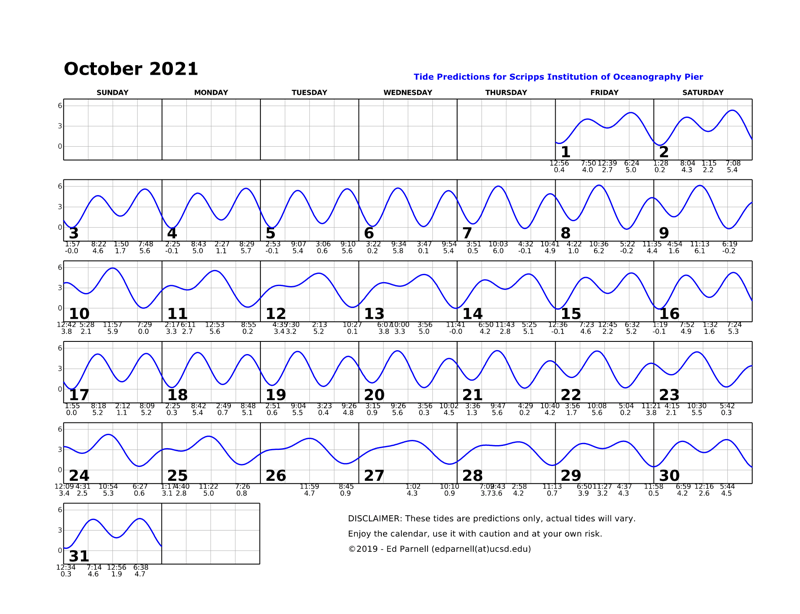