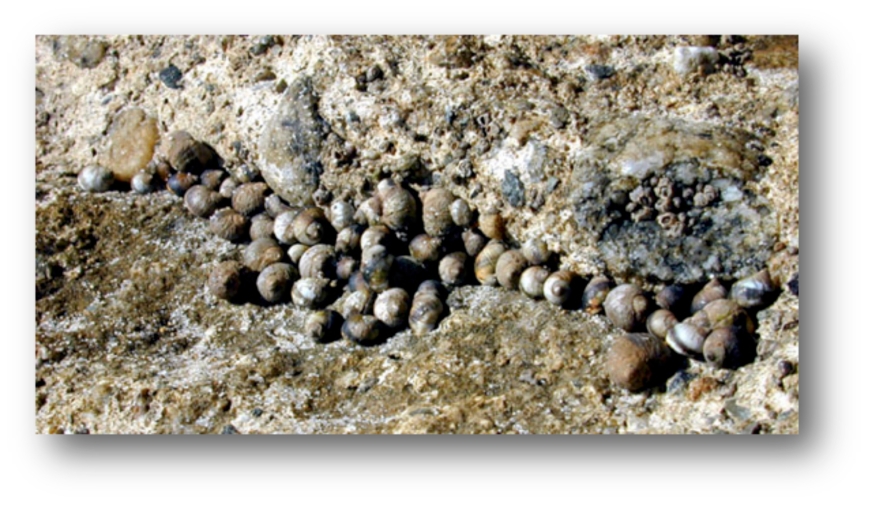 Where found:  Uppermost horizon, as far as possible from the sea, but close enough to wet gills occasionally.

Interesting facts:  These creatures have distaste for seawater and it is believed that they are in the evolutionary process of changing from sea to land dwellers (BPT).

Adaptations:   Very resistant to terrestrial conditions. In the lab, they have survived immersion in fresh water for days. They have also been fed to anemones in the lab and have reemerged alive and healthy. The way they are able to do this is by closing their operculum, a hard “door” that closes them tight into their shell. When shut into their shell, they can retain moisture and keep out wind and freshwater, as well as anemone digestive juices. When their operculum is closed, they can’t use their strong foot to attach to the rocks. Instead they secrete mucous along the aperture of the shell that serves as glue.

Food:  All marine snails have a radula, a hard ribbon containing rows of file-like teeth. Some snails use this to drill into crustacean’s or other mollusc’s shells, but the Littorina use it to scrape off detritus and tiny plants off the almost-bare rocks. The activities of the Littorina can cause erosion of the rock face. They can go for long periods of time without food.

Reproduction:  Individual Littorina can follow the mucous trail of other’s movements, which allows them to find mates. They will copulate any time of the year, but will do it en masse in spring and summer. Eggs are laid in elongate, gelatinous masses in the rising tide. After a few hours of immersion, the egg masses disintegrate, liberating thousands of separate eggs, each in its own capsule. Swimming veliger larvae emerge in 2-9 days. 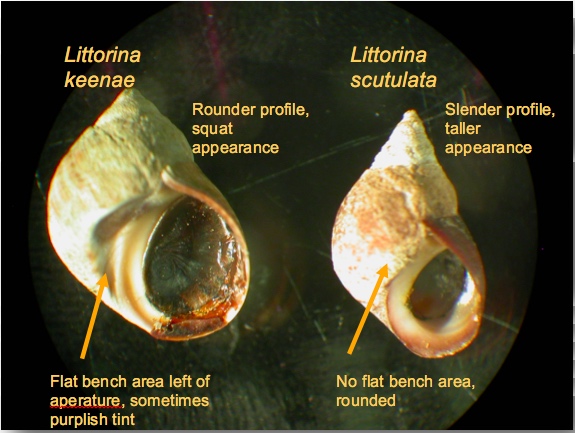 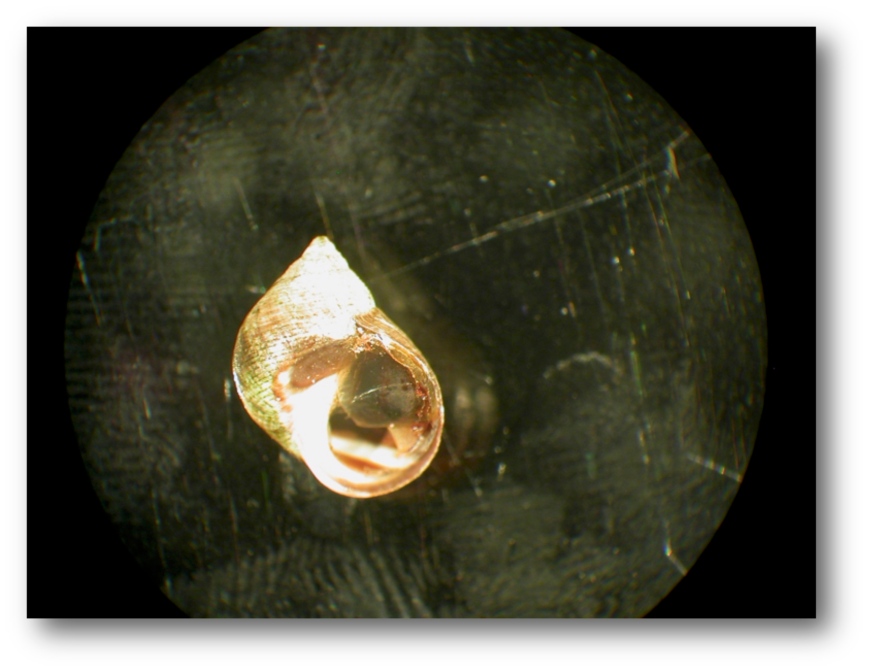 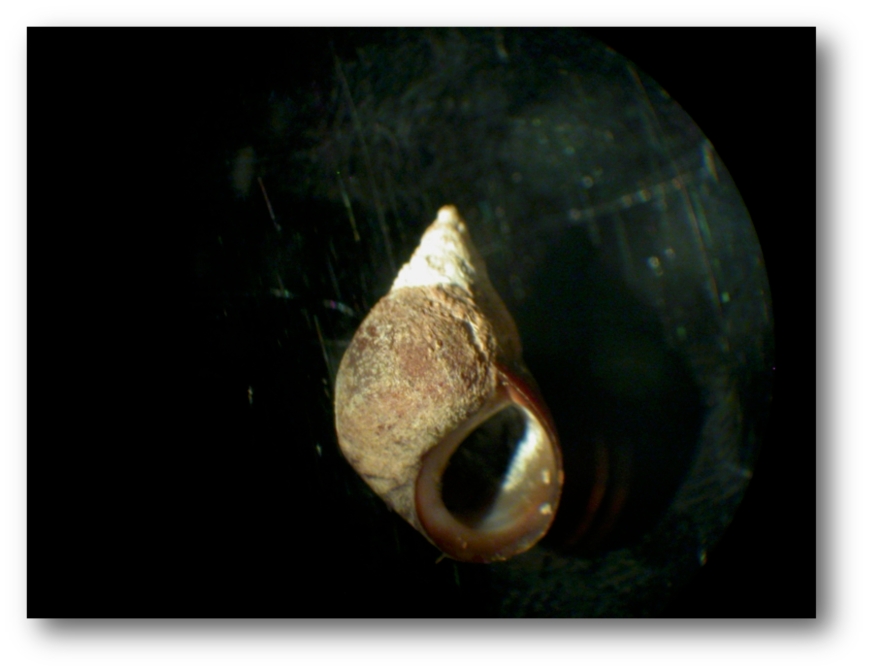 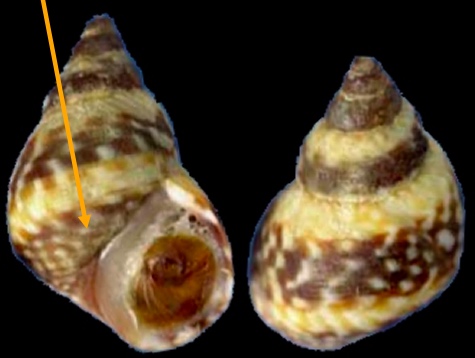