The Story of Cabrillo’s Statue 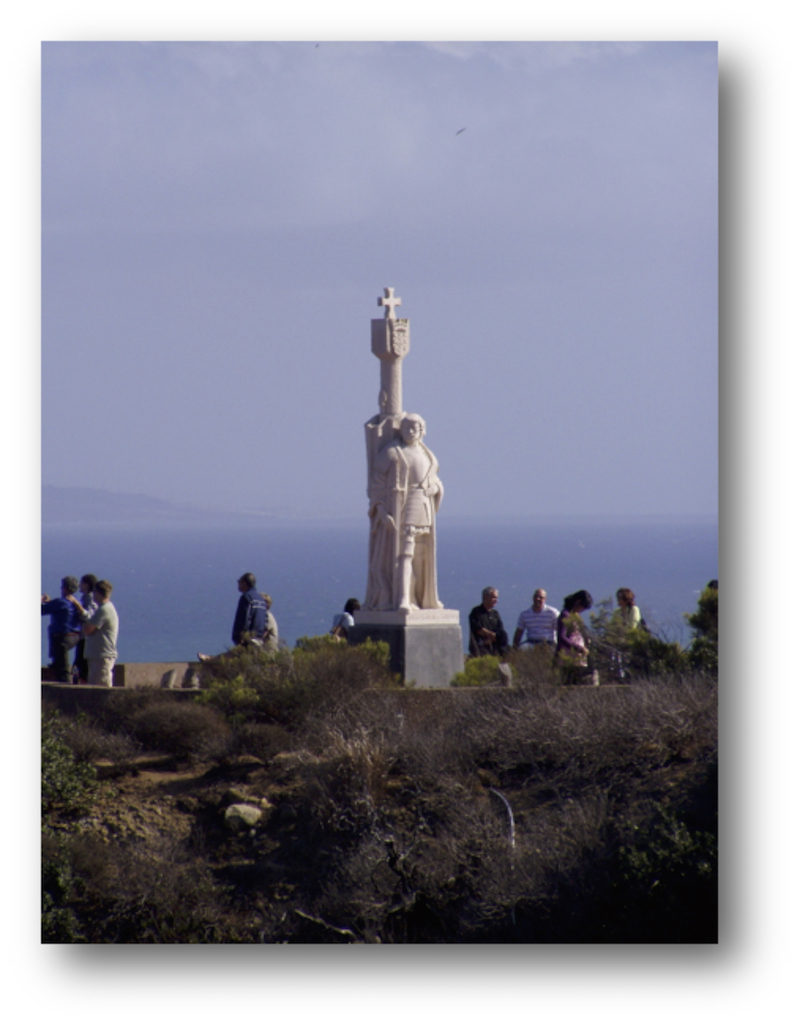 If the original dream for Cabrillo National Monument (CNM) had come true, the Old Point Loma Lighthouse would no longer exist, and a 150-foot statue of Juan Rodriquez Cabrillo would stand in its place.

The dream began with an organization called the Order of Panama. Dedicated to commemorating California’s Spanish heritage, the group wanted to memorialize Cabrillo as the discoverer of California and erect a statue of the explorer that would overlook the harbor.

The Order of Panama first chose a spot of land 300 feet south of the old lighthouse for the statue. The land was within the boundaries of Fort Rosecrans Military Reservation so the group needed permission from the War Department for its plans. The commander of Fort Rosecrans supported the monument idea but recommended the statue be built on the site of the old lighthouse. He reasoned that the lighthouse was of little historical value and the location would be the least objectionable to the military.

On October 10, 1913, Secretary of War Lindley Miller Garrison sent a letter to President Woodrow Wilson recommending he sign a proclamation setting aside the land for a national monument.

The president’s proclamation authorized the Order of Panama to erect a statue of Cabrillo, but the group never carried out its plans and eventually dissolved. In 1926 President Calvin Coolidge authorized another group, the Native Sons of the Golden West, to erect a statue of Cabrillo. For whatever reason, that group also failed to realize the dream.

In 1931 the Ninth Army Corps made major repairs to the old lighthouse. And in 1933 President Franklin Delano Roosevelt signed an executive order that put Cabrillo National Monument (and other monuments, battlefield sites and military parks) under the jurisdiction of the National Park Service.

Work at CNM began in earnest in 1935. The old lighthouse was restored, and a six-foot bronze plaque that commemorated Cabrillo’s voyage was installed. During World War II the monument was closed to the public and was not reopened to visitors until November 11, 1946.

In the meantime Alvaro De Bree, a well-known Portuguese sculptor, was commissioned by the government of Portugal to create a statue of Cabrillo that would be given as a gift to the state of California as part of the San Francisco Golden Gate Exposition of 1940. The statue was made of porous, stratified limestone and sandstone, and it stood 14 feet tall. Portugal shipped the statue to San Francisco but, because it arrived after the exposition had started, it was placed in storage at a private residence. Governor Culbert Olson accepted the statue on behalf of the state of California and announced it would be given to the city of Oakland, home to a large number of Portuguese.

State Senator Ed Fletcher of San Diego read about the statue in the newspaper and decided it should be brought to his city rather than to Oakland. He obtained a legal opinion from the California Legislative Council stating that only the state legislature had authority over the statue’s disposition. He also obtained a letter from the president of the State Park Commission asking the homeowner to relinquish the statute to Fletcher. The statue was moved by truck and transported by train to San Diego, where it was locked in a city warehouse for safekeeping.

Governor Olson demanded the statue be returned and accused Senator Fletcher of theft. But no official action was taken and the statue remained in San Diego, although it was not on public display.

On December 19, 1940, a site was dedicated for the statue on the grounds of the Navy’s Sonar School on Harbor Drive. With wartime security measures in place, the public did not have access to the grounds or the statue. 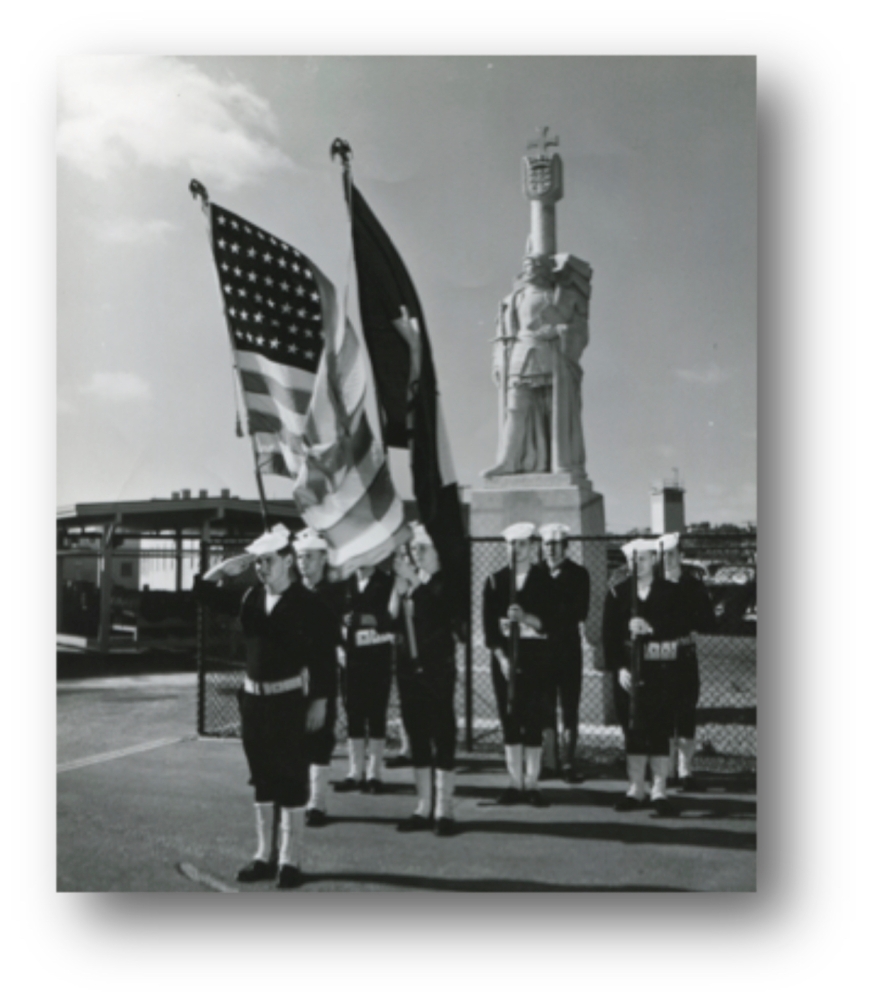 Once the war ended discussions resumed over a more public space for the statue. Several years and many negotiations later, Cabrillo’s statue was donated to the National Park Service. The statue was placed north of the lighthouse facing the existing plaque and was rededicated on September 28, 1949. 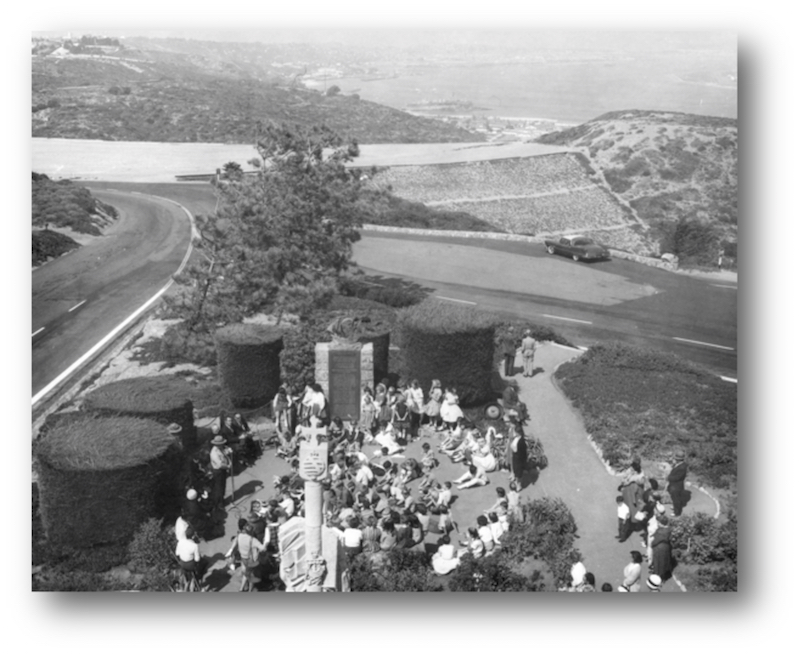 In 1966 the statue was moved to its current location next to the Visitors Center. Due to the wind, salt and weather conditions at CNM, it had deteriorated over time. Sculptor Joao Charters Almeida duplicated the statue in Portugal using harder limestone. It was brought to San Diego and the duplicate statue was rededicated in 1988.

Alvaro De Bree’s original statue of Cabrillo and the six-foot bronze plaque commemorating the explorer’s voyage were moved into storage at CNM. Meanwhile, in Ensenada, Mexico, a local hotel owner hoped to bring the statue to his city. Nico Saad, owner of the San Nicolás Hotel, worked with architect Claudia Turrent and others on a plan to repair and restore the statue and protect it from the elements.

The original six-foot bronze plaque remains in storage at CNM.