Each 4th Saturday we portray the soldiers that staffed the command bunker for Battery Ashburn between 1943 and 1945. We represent soldiers assigned to the 19th Coast Artillery Regiment. This regiment was responsible for operating Fort Rosecrans during WWII.

Our uniforms are mostly reproductions, but the non-uniform items seen inside the bunker such as telescopes, binoculars, web gear, field desks, etc., are original to WWII. The uniforms vary depending on the year, season, and type of job being done. In winter we wear wool uniforms, in summer we wear cotton khakis. We will also wear items that are specific to either early or late WWII. For the early period, you will see the Kelly helmet, which is the flat, pan-shaped WWI helmet, and the rifles will be bolt action 1903 Springfields. Late WWII features a steel pot-type helmet and the semi-automatic M1 rifle. We usually try to have a variety of uniforms on display to reflect the different eras in which Fort Rosecrans operated. 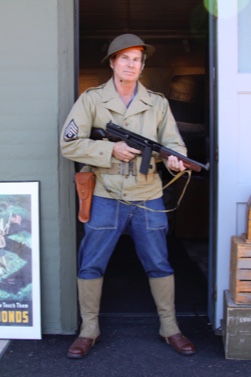 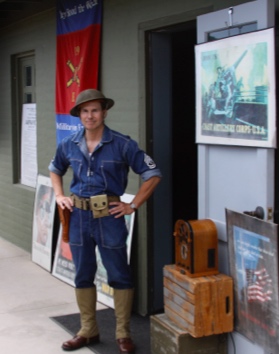 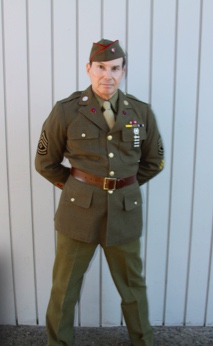 The work we did in the Battery Ashburn command bunker involved cleaning it out, repainting it to match the tan color found in other bunkers, and restoring the stenciling and equipment that was original to the bunker. Our aim is to have the bunker appear, as close as we can get it, to how it looked when it first opened in 1943. Our future plans include cleaning out, but not restoring, the bunkers near the whale watching station and the statue of Cabrillo. Unlike the command bunker, these bunkers were never modified by the park service, so our intent is to make them presentable for special tours, but to otherwise leave them in their current state. 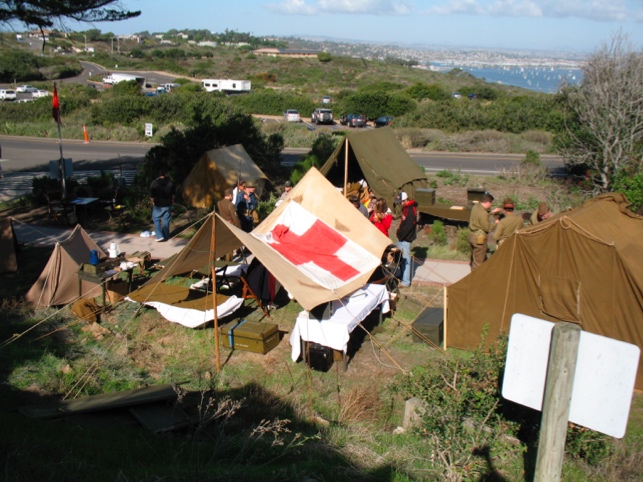 For our Pearl Harbor Memorial/Fort Rosecrans Goes to War event, our aim is to re-create what Fort Rosecrans, as well as the rest of the West Coast, was like during the first days of WWII. The coast was placed on high alert and the concern was that the Japanese would attempt another surprise attack on the continental United States. What made the fears worse was that military spending cuts after WWI prevented the Army from maintaining and upgrading the coastal artillery forts between the wars. This resulted in the forts being unprepared to defend the coast against an attack from a modern military power. Because the Japanese attack was a complete surprise, many normal civilian activities continued right up to the night before the attack. To re-create this, we hold a swing dance at the park during Saturday evening, which has been a good fund-raiser for the park. We invite other re-enactors to help out for this event, to set up field hospitals, display WWII vehicles, stage fly-bys of WWII aircraft, and re-create how the soldiers of Fort Rosecrans would act when an unidentified aircraft approached Point Loma.

The connection between Fort Rosecrans and the attack at Pearl Harbor is the radio room located on park property (which is the current Army museum). It housed the radios that were the first on the continental United States to receive the signal that Pearl Harbor was under attack. 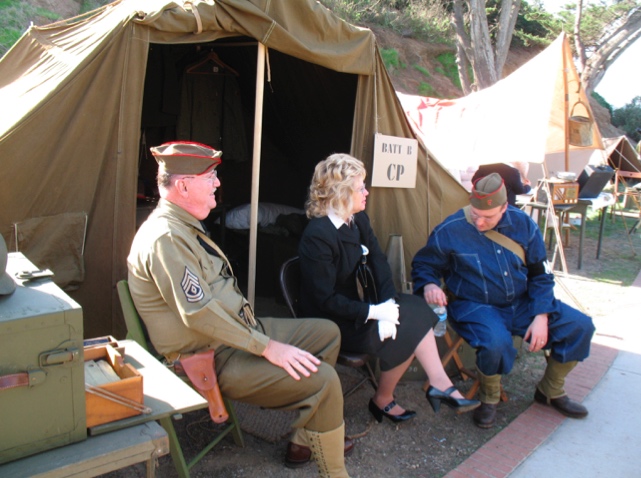 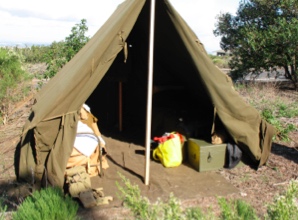 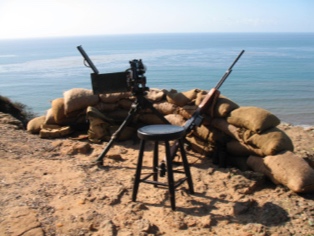 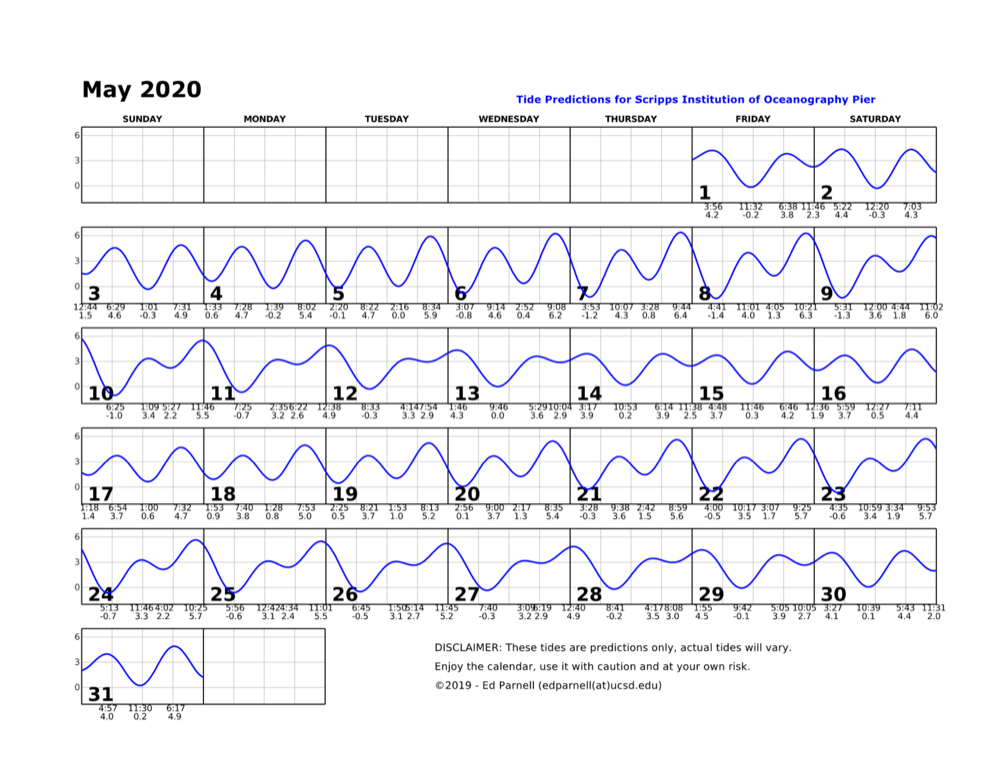