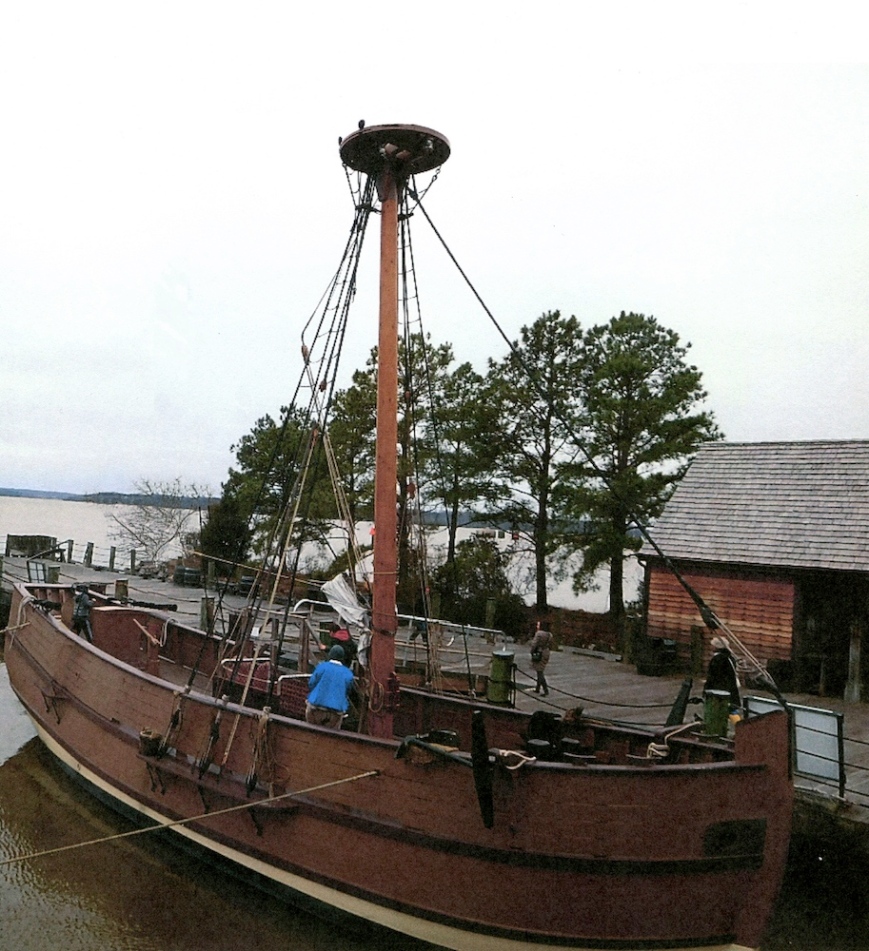 Juan Rodriguez Cabrillo’s scout vessel in 1542, the San Miguel, was referred to as a Bergantina in the records of the time. References to San Miguel as a Fragatta, Galeota, or Chalupa are rare and usually written long after the fact. Men who actually saw her called her a Bergantina.

Whatever San Miguelwas, she was nota “Brigantine”. Writers in English invariably insist on translating Bergantina as Brigantine. This stems from the fact that modern Spanish dictionaries use the word bergantina/o to translate as brigantine. This shift may go back as far as the early 18thcentury. A 16thcentury Bergantina in the New World was from 32 to 45 feet long and 12 feet wide. It was a robust vessel with a slightly upswept, hull forward. It was capable of being rowed with six oar-ports per side. It usually had one mast, with one square sail (for Atlantic sailing), or one lateen sail common to the Mediterranean. Two masts were atypical. A true Brigantine did not appear until the 17thcentury and was characterized by two masts and seven or eight sails plus spinnakers. They were also twice the size of a Bergantina. A 19thcentury Brigantine was about 74 feet long at the waterline, exactly the same length as the 16thcentury galleon San Salvador.

Bergantina is a Mediterranean name in use since medieval times. Brigantine is a northern European name dating to the mid-17thcentury that comes from the French word “brigand.” The name applied to a two masted ship, which was faster and more maneuverable than a sloop or schooner. In other words, the name Brigantine was applied to a type of ship that made it the preferred weapon of pirates.

A Fragatta, with a light hull and 12 or 13 oars to the side, was fast. It could be considered a mini-Viking ship, great for raids or piracy. However, the Fragatta could not handle the open ocean as well as the Bergantina or the Viking Drakkar.

A Galeota was a large Mediterranean design with a heavy stout hull designed for ramming/boarding over the bow, a holdover from ancient Roman and Greek warships. Calling the San Miguel a Galeota may stem from the fact that many writers and translators were doing their work after 1571. The significance of the date is that at the epic, and decisive, Battle of Lepanto, 51 Galeotas took part. Prior to that battle, the Galeota was referred to as a “half galley” (18 oars to a side and generally without a mast). After Lepanto, the Galeota with one or two masts became a real pain in the neck as a popular vessel of the Barbary Pirates.

A Chalupa is traditionally an open long boat, i.e., no deck. It can be rowed and/or step a mast for a single light sail. San Miguel was nota Chalupa as she had a fixed mast and was cubierto (i.e., she had a deck, which a Chalupa does not). Most importantly, Chalupas, being open boats, were not named and were not commanded by a Maestre (sailing master). The fact that San Miguelhad a name and a Maestre (Antonio Correa; Kelsey p.112) clinches the fact she was not a Chalupa.

What San Miguel most closely resembled was what the English would call a Pinnace.

San Miguel’s known crew consisted of Maestre (Sailing Master), Piloto (Navigator), five Marineros (Seamen), three Grumetes (Apprentice Seamen), one Paje (Page, ship’s boy). This crew is insufficient to man the sweeps. It’s likely at least 10 or 12 men were carried as Supernumeraries, probably a mixture of Indian slaves and soldiers. As was typical, one of the sailors probably drew extra pay by being a certified Lombardero (gunner). Indian slaves could have been trained in skills such as caulking, carpentry and cooking, as well as being grunt laborers.

The ship was authorized, by the Imperial Reglamento of 1522, up to six Bercos (swivel guns, 72 balls each). Considering how expensive firearms were on the Pacific coast, there was probably only one or two. Bergantinas traditionally carried a gun in the bow, the second Berco being stowed out of the weather. This expedition was for exploration and mapping–they weren’t looking for trouble, the soldados were strictly a contingency. The fact that a Bergantina was authorized by the Reglamento, two Arquebus (matchlock muskets) and four Ballestas (crossbows), may give an indication of the number of soldiers embarked. The other ordnance authorized was typically used by Marineros: 18 Jabalinas (javelins), two quarterpikes, 10 boarding axes, and 10 Rodelos (12” to 15” diameter round shields, or “bucklers”). By order of the Reglamento, every Marinero had to own a weapon, a shield and a helmet to help defend the ship and themselves when ashore. It is probable they used the ship’s boarding pikes, boarding axes, and Rodelos. They were expected to buy their own helmet. 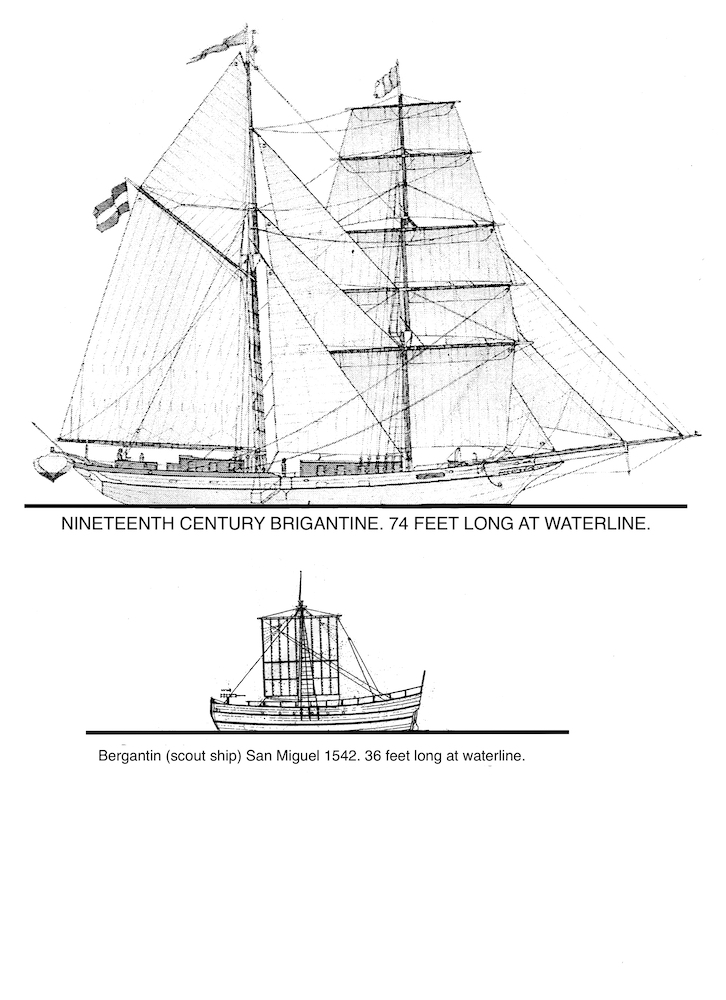