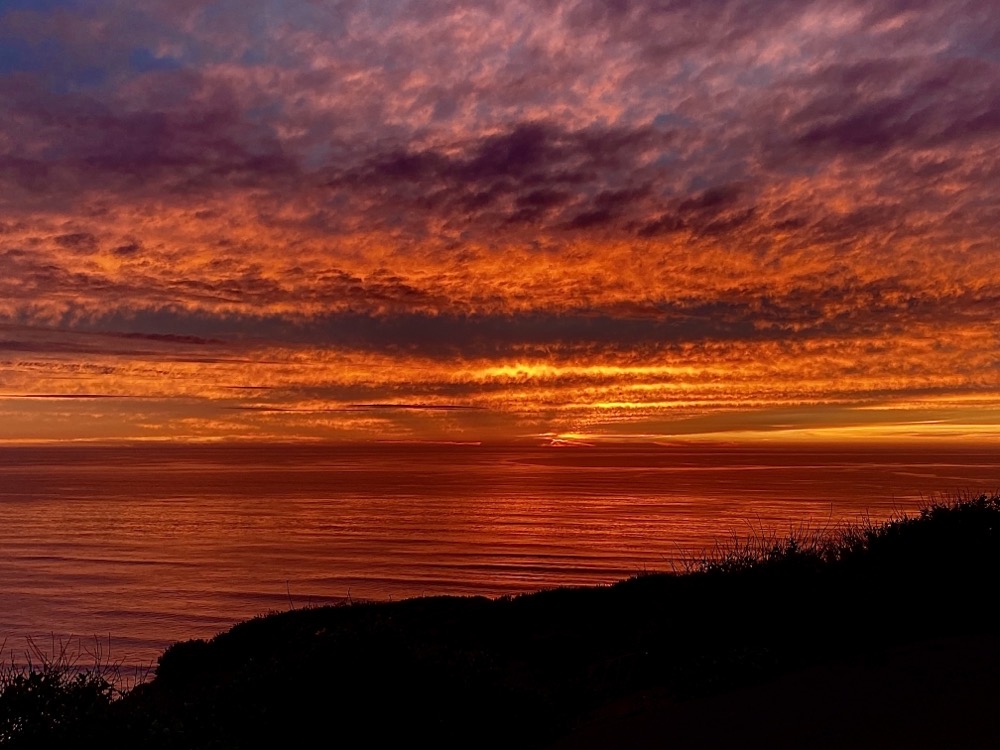 Our dedicated volunteers at Cabrillo National Monument take photos of the exciting flora and fauna down in the tidepools! We want to try and capture the wonderful photos that volunteers are taking in the tidepool area. This blog post is published on a monthly basis, but we need your help. We encourage you to contribute by submitting your memorable photos and/or short videos to cnmvipvoice@gmail.com. These can be of tidepool critters, fauna, bluff collapses, sunsets or anything you consider special. Make sure you include who took the photo and the location, if possible. Will you help?

Here are some highlights from this month!

Marine biologist Lauren Pandori believed the top urchin to be a red sea urchin. Normally, they are flatter and slightly larger than their purple relatives. In comparison, a purple sea urchin is generally more rounded. The urchin in the lower photo was found by TPERP Margaret in Zone 1 on the north side.

The garibaldi is California’s official state marine fish and can grow up to 14 inches in length. The ones most frequently seen in the tidepools are juveniles that live beneath “Fish Rock.”

This Knobby Sea Star was spotted by a visitor in the very northern part of Zone 1, which was accessible due to a -2.1 tide that occurred (and supposedly one of the lowest that Cabrillo has ever experienced).

This moray eel was revealed by a flashlight that was shone into a deep crevasse. It also happened to be next to a large urchin seen on the right-hand side of both images. It generated so much attention that Pauline came out to see it!

Many species of brittle stars are found in the park. While less commonly seen in the intertidal zone, brittle stars occur in incredible numbers on the sandy seafloor, especially off the La Jolla coast where they may form a carpet-like mass.

TPERP Margaret found this colorful bat star on the north side of Zone 1 and was able to educate visitors about it.

It takes a keen eye to find some of the creatures in Cabrillo’s tidepools, but an even keener eye to notice the tiny tracking numbers (which are only a few millimeters in length) on some of the owl limpets! They are placed there by Cabrillo’s marine biologists as part of a long-term study of this important keystone species.

Thank you to all our volunteers who have signed up for extra shifts to help during the low tides. We appreciate you!