How big is the park?
The park comprises approximately 160 acres.

Where is the monument?
All the grounds of Cabrillo National Monument comprise the monument. The Cabrillo statue is southeast of the Visitor Center, to the east of the traffic circle.

How many people visit Cabrillo National Monument each year?
Over 1,000,000 people visited CNM in fiscal year 2015.

Who was Cabrillo?
Juan Rodriguez Cabrillo was the first European to explore and chart the west coast of North America.

How do we get to the Bayside Trail?
Exit breezeway outside the Visitors Center and follow the sidewalk to your left up the hill. A sign is posted on the left just before you reach the old lighthouse.

How long and high is the Coronado Bay Bridge?
The bridge is about 2.5 miles long and about 230 feet high.

Can we see Mexico from here?
Yes, you can see Mexico from CNM – if it’s clear enough point it out to the visitor (looking southeast across San Diego Bay). It is about 17 miles as the crow flies or about 25 miles via Interstate 5.

Where are the rest rooms?
There are four rest rooms: one outside the visitor center to the right, one behind and down the hill from the old lighthouse, one behind the Lighthouses of Point Loma exhibit, and one on the path that leads down to the tidepools.

Where may we eat our lunch?
You may picnic on benches, rock walls, and people-used areas. Clean up after yourself and do not feed the animals.

Why are there no trashcans visible in the park?

Cabrillo National Monument has a “Pack-it-in, Pack-it-out” policy. Whatever you bring into the park you need to take out with you when you leave. There are trashcans in the rest rooms if necessary.

May we have beer or wine here?
Yes, for ages 21 and over. Intoxication is not permitted. Please drink responsibly.

Do you have a restaurant?
No, we only have vending machines located down the breezeway, past the auditorium on the right.

Can you recommend a good restaurant?
Note: Government employees may not recommend, but Park Partners may.

Is smoking allowed in the park?
No. Cabrillo National Monument is a smoke-free park.

Are dogs allowed in the park?
Dogs are only allowed in the tidepool area and must be on a 6-foot (or less) leash at all times. Owners must pick up after their dogs. Dogs are not allowed outside the vehicle in the upper section of the park, and they must not be left in vehicles when temperatures are warm.

Where is the Old Point Loma Lighthouse?
It’s a 5- minute walk from the Visitor Center. Walk to the traffic circle and follow the sidewalk to the left and up the hill.

May we drive to the Old Point Loma Lighthouse?
No, unless you or someone with you is unable to walk there. A handicap placard will work. If a disabled visitor does not have a placard then we will give them a permit.

When was the road to the lighthouse closed, and why?
The road was closed in 1972 because there were too many cars, which distracted from the visitor’s experience.

Can we walk to the ocean from here?
No. The Bayside Trail (on the east) will bring you about 100 feet from the shore, but with no safe access to the water. To get to the tidepool area (on the west) it is recommended that you drive, because there are no shoulders along the road. In fact, we do not recommend that pedestrians and school groups walk this road.

What are the islands south of here?
They are Las Islas Coronados (the Coronado Islands) and are part of Mexico. They are an important brown pelican roosting area, as well as a breeding area for seals and sea lions. Mexican soldiers patrol the area to guard against trespassers.

Some of the non-native plants visitors ask about are –
Indian Hawthorn, Lily of the Nile, African Daisy, Bottlebrush, Geraniums, Monterey Cypress…

How many graves are at Fort Rosecrans National Cemetery?
Over 101,000. The cemetery is closed to new interments. Visitation hours are Monday thru Friday from 8am to 4:30pm and Saturday and Sunday from 9:30am to 5pm.

How long has the cemetery been around?
Interments date back to 1882. Fort Rosecrans became a National Cemetery on October 5, 1934. The cemetery comprises about 77.5 acres. Because of his service in the Mexican War, Robert Israel, the last lighthouse keeper for the Old Point Loma Lighthouse, is buried at the cemetery.
http://www.cem.va.gov/cems/nchp/ftrosecrans.asp

When is the best time to visit the tidepools?
During the months of mid-October through mid-May one to two hours before low tide. Tide levels of +0.7 or less are optimal for viewing critters. Groups of 10 people or more need a tidepool permit. Please call 619-557-5450 ext. 4589 to check availability for a tidepool permit.

How high is high tide?
Tides are caused by the interaction of the moon, the sun, and the earth. In this area, we have two high and two low tides each day (a higher low, a lower low, a higher high, and a lower high). The difference between high and low tide varies throughout the year with the phase of the moon, the declination of the sun and moon, and a number of other astronomical forces. The difference is usually 5 to 6 feet, although it can be as great as 9.7 feet.

What are tidepools? What is there to see?
As the tide changes from high to low, some water gets trapped in little pools called tidepools. These tidepools and the rocks found around them are home to many types of animals and plant life, including:

What causes the holes in the rocks?
Most of the round holes are caused by boring molluscs (as in “making holes in things”, not as in “uninteresting”). Chitons will bore into rocks and create little crevices that they fit into perfectly. Over time, some of these little pits and holes will collect water that becomes acidic, causing the rock to erode further. This process eventually leads to the formation of tidepools.

What is this black stuff? Why is it here?
Most of the black splotches you find on rocks are actually red algae that have encrusted. Some of the splotches are tar, which comes from natural oil seeps (not human pollution problems). Regardless of whether it is algae or tar, splotches are usually quite slick, and caution should be taken if you try to walk over them.

Why can’t we take rocks and shells?
The NPS aims to protect and preserve the resource for the enjoyment of present and future generations. Many animals and plants use shells and shell fragments as their homes or as camouflage (hermit crabs and sea anemones are the obvious examples). Rocks are also used as places to attach or as protective hiding places. If every one of the thousands of visitors to the tidepools took a single rock or shell, it wouldn’t take long for the tidepool area to be totally stripped.

Where are sea stars?
Southern California is not an area known for its rich intertidal echinoderm populations. The pictures of rocks crawling with sea stars that we commonly see are probably taken farther north. However, in the past decade we have seen an alarming decrease in the number of echinoderms in the intertidal, including the near disappearance of ochre sea stars from Cabrillo National Monument. The disappearance could be due to a number of factors, including disease, increasing water temperatures, or over-collection for souvenirs.

What are the park boundaries in the tidepools?
The National Park Service manages the area from the Point Loma Waste Water Treatment Plant on the west side, past the new lighthouse to the Navy’s submarine base on the east side. The protected marine preserve extends 300 yards from shore on the west side.

Is fishing allowed?
No.

Can I take home a souvenir from the tidepools?
You may take pictures and memories home with you. Everything else must remain so the next visitor can enjoy it or one of the critters can use it.

Can I surf here if I come in by boat?
If surfers arrive by boat, they must remain far enough away so as not to interfere with tidepool visitors or cause damage to the resource. Always contact a ranger if surfers arrive in a vehicle to surf in the area.

Can we dive here?
No, for many of the same reasons surfing is not allowed.

Are jet skis allowed in the park?
No. The noise detracts from visitors’ enjoyment and the two-stroke engines add lots of unburned fuel to the water. Contact a patrol ranger and try to write down the registration number on the craft whenever you see a jet ski within the park boundaries. Boats and jet skis must stay at least 300 yards from low mean tide.

Why do the tidepools close so early?
The monument occupies one small portion (approximately160 acres) of Point Loma. The Navy occupies most of the peninsula and their security concerns supersede our own. In order to get everyone out of the park by 5pm, we need to get people out of the tidepools around 4:30.

Why is smoking not allowed in the tidepool area?
Even though it’s outside, the environment is too sensitive for tobacco to be left as litter to filter into the tidepools. Crushed cigarettes are unsightly and potentially dangerous to the marine environment.

What if I see a dead or stranded animal?
The park keeps statistics on dead animals within its boundaries. It also has a stranded marine animal SOP. Call a ranger if you encounter either situation.

What’s the fastest way to learn about the tidepools?
Watch the movie in the auditorium On the Edge of Land and Sea: The Tidepools of Cabrillo National Monument and ask a TPERP!

Where are other tidepool areas?
Sunset Cliffs and La Jolla

Is it tide pool or tidepool? And mollusk or mollusc?
Although many references separate tidepool into two words, the official ‘brand’ (and preferred term) at Cabrillo National Monument is tidepool. Mollusc can be spelled either with a ‘c’ or a ‘k’, but here at Cabrillo we prefer the ‘c’.

Where are the dolphin tanks?
The area just south of the tidepool parking lot once had dolphin tanks used by the Navy for training dolphins. In 1980 the animals were transferred to the other side of the peninsula and are now adjacent to the submarine base.

What are the buildings next to the tidepool parking lot used for?
These buildings belong to the Navy and the work done there is related to software engineering (to the best of our knowledge).

Is Cabrillo a celebrity?
Yes! CNM has been used for many commercials (especially for cars and motorcycles) as well as movies and TV shows. Here are three movies that include a snippet of CNM:

There were at least two TV shows:

California’s Gold with Huell Howser in the rocky intertidal 2004

And several You Tube videos — see if you recognize anyone: 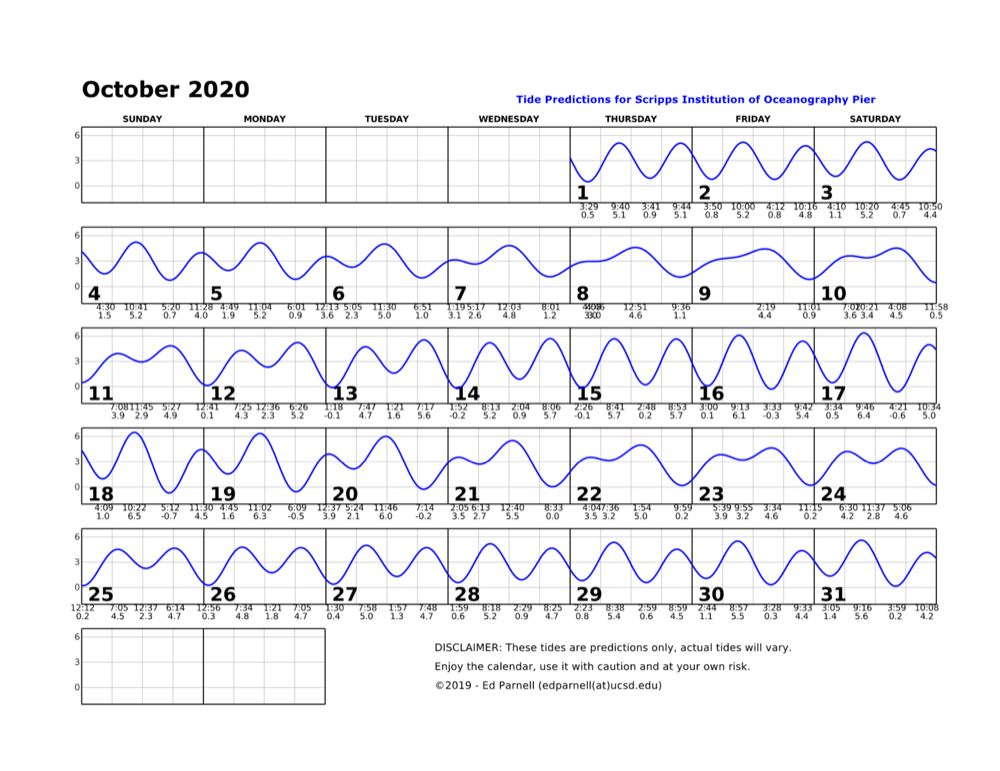