Several TPERP volunteers spent the early morning of Earth Day, April 22, performing spring cleaning in the Tidepool area. The weather was perfect. the tide was low, and the coffee and doughnuts gave us energy (at least that’s what we told ourselves. Thank you Ranger Bonnie!). The cleanup was done early in the morning because the low tide gave access to the tidepools for trash collecting, as well as an opportunity to complete these tasks before the park opened.

The TPERP trailer was cleaned inside and outside, along with all the materials inside the trailer. The windows were cleaned, the A-frame signs and magnets were all wiped down, the floor was swept and mopped. 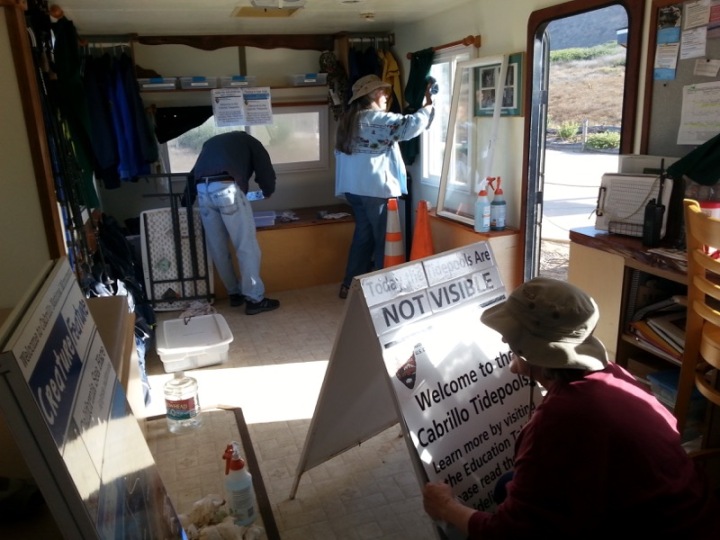 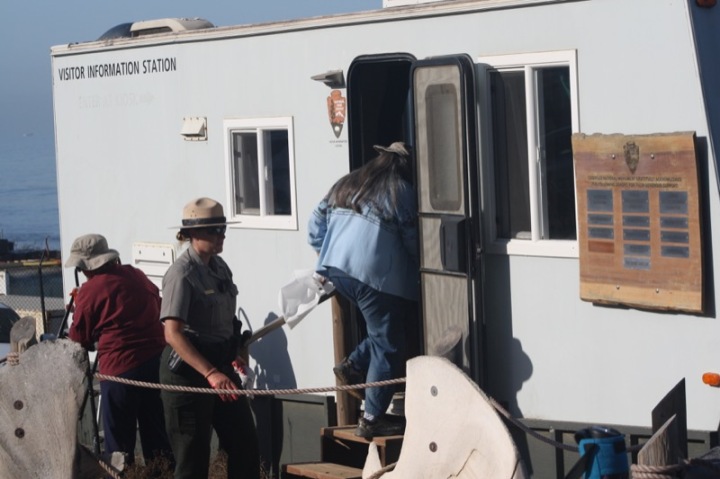 Another group used their time to eliminate graffiti that was carved into the sandstone. Wire brushes were used to eliminate the graffiti. For the deep carvings, the best that can be done is to blur the marks to try and hide them. The hope is that the public will refrain from carving into the rocks.

And one other group went down into the tidepools to pick up trash from those hard to reach locations. 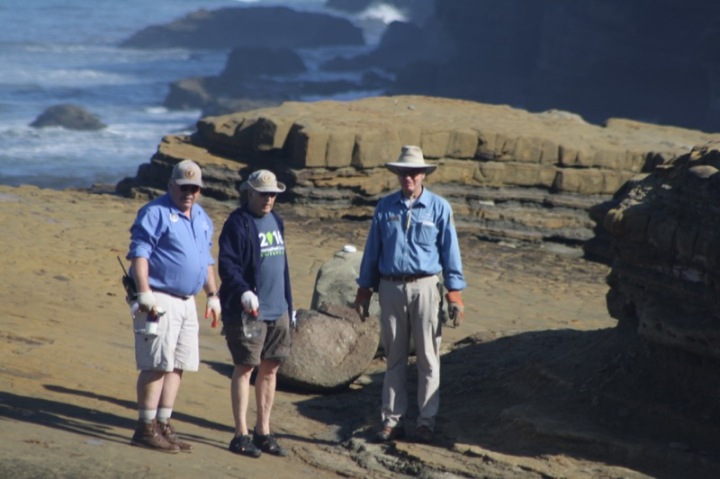 Overall the cleanup was a success and these volunteers were able to make a small contribution to Earth Day. Thank you to all who were able to help out.