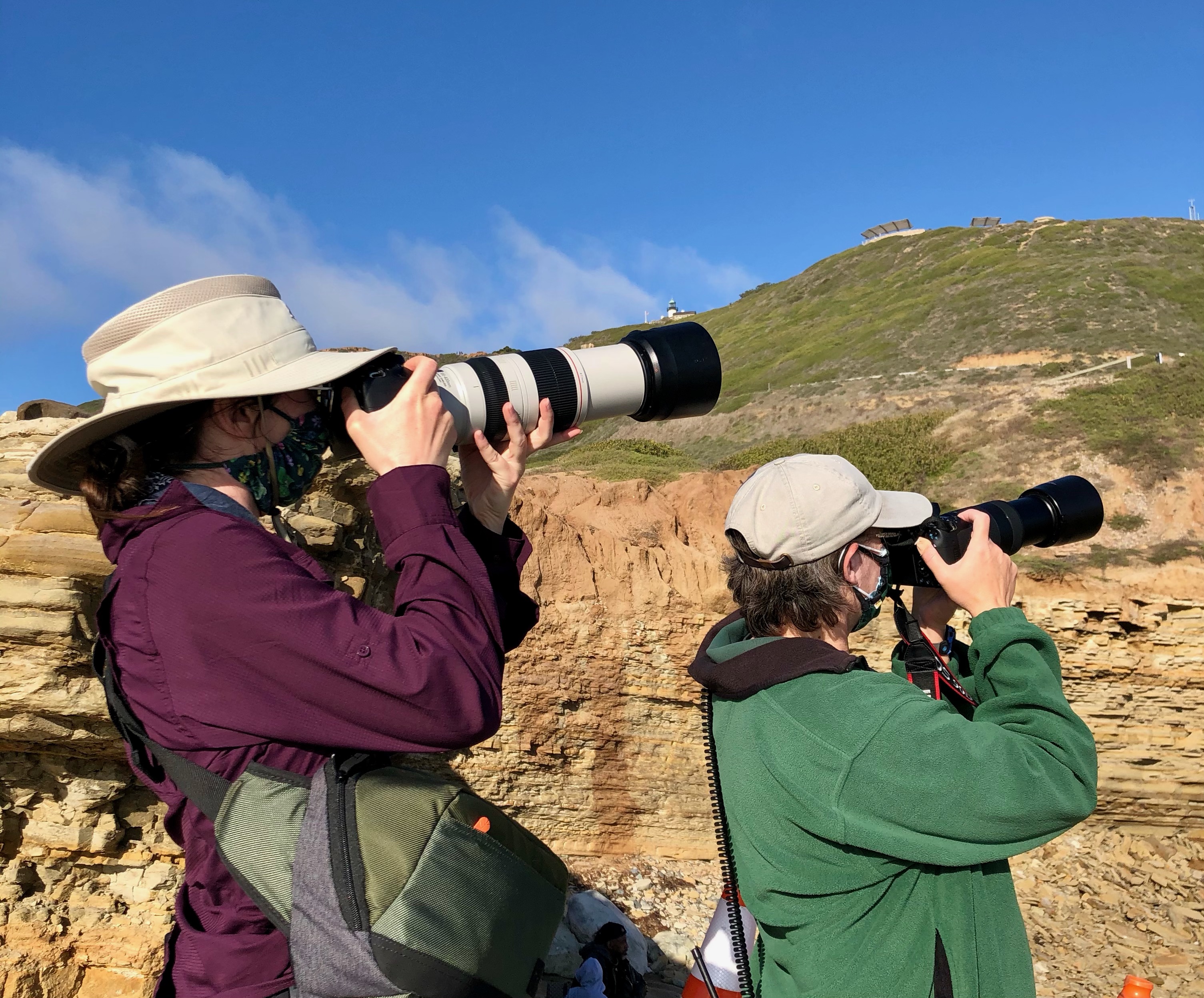 Our dedicated volunteers at Cabrillo National Monument take photos of the exciting flora and fauna down in the tidepools! We want to try and capture the wonderful photos that volunteers are taking in the tidepool area. This blog post is published on a monthly basis, but we need your help. We encourage you to contribute by submitting your memorable photos and/or short videos to cnmvipvoice@gmail.com. These can be of tidepool critters, fauna, bluff collapses, sunsets or anything you consider special. Make sure you include who took the photo and the location, if possible. Will you help?

Here are some highlights from this month!

This is a By-the-Wind-Sailor, a species of jellyfish. Like the name suggests, they are propelled by a small sail raised above water, moving wherever the wind takes them. These jellyfish occasionally wash up on beaches in large numbers, especially in the spring after a warmer-than-average winter. Recently, visitors and TPERPers alike have been finding these jellyfish, most of them dead by the time they arrive in the tidepools.

A white substance was found on the rocks at the entrance to the tidepools. Since it was unusual, we asked Ranger Lauren if she knew what it was. Her best guess was salt or other minerals deposited on the rocks.

TPERPer Mary captured a great detailed photo of a two-spot octopus using an iPhone 11. It was found just around the corner to the entrance in zone 1!

TPERP Nathan captured the video below. He was sitting on some rocks eating a snack when he saw something moving in the water. What a surprise!

You can also see more octopus videos, as well as other videos, from the Tidepool videos menu selection.

TPERP Jackie discovered a Red Dorid nudibranch in the tidepools. This is something you could easily miss exploring. There are hundreds of varieties of Nudibranchs. You can see learn about the more common ones in the tidepools in the Ebinder.

A Buoy barnacle, (Dosima fascicularis) also known as a buoy-goose barnacle was recently found by TPERP Warren. This type of barnacle is not as common in our tidepools so this is a nice find.

Take away the ocean (no, please don’t!) and the blue sky and the Coastal Trail starts to look like the surface of Mars.

Last month we showed a photo of what we thought was a purple urchin. A comment was made by a fellow TPERPer who believed it was probably a red urchin. Ranger and marine biologist Lauren noted that “both red and purple sea urchins can be found in this area. Red sea urchins are generally flatter and larger than purple sea urchins, and color isn’t always the best indicator. Since it’s under a rock, I’m not sure about its shape.”

Here is a gallery of other photos that were taken by volunteers this month. Enjoy.