Once a dusty hamlet and a boomtown gone bust, today San Diego is the eighth largest city in the nation. Put on your party hats—July 16 marks the 250thanniversary of “America’s Finest City” and the celebration is underway.

Of course, some 2,000 years before the arrival of the Spanish, native Kumeyaay were settled in the area. Miller and Strathman note that, “Archeological evidence of earlier inhabitants supports many Elders’ belief that Kumeyaay ancestors have been here far longer, perhaps 10,000 years.”

Originally, the mission was located on Presidio Hill. Two hundred years earlier, the same bit of soil had been acclaimed in 1542 and named San Miguel by Spanish explorer and navigator, Juan Rodriguez Cabrillo.

Another Spanish explorer and entrepreneur, Sebastian Viscaino, came along in 1602 and gave the area a new name, San Diego.

Presidio Hill is oft mistaken today for Mission San Diego, but that first mission church, barracks of early Spanish soldiers, and the houses of civilians have crumbled over time into shapeless mounds of clay. (Archeological excavation is ongoing.)

This original mission was relocated in 1774 to its present site six miles inland in Mission Valley.

The striking structure that stands on Presidio Hill today was dedicated in 1929 as the Junipero Serra Museum. Constructed in the simplicity of early Franciscan churches, Serra Museum was gifted to the citizens of San Diego by George W. Marston, department store owner, politician, and philanthropist.

Serra Museum would become the keeping place of aged documents, maps, and photographs collected by pioneer historians, and a permanent home to San Diego Historical Society.

History notes that the Mexican War for independence began in 1810, and by 1821 Mexico had gained freedom from Spain.

“San Diego became part of Mexico in April 1822 when the Mexican flag was raised over the Presidio.” (The early fort, or headquarters of the American Army, stayed put on the hill when the mission was moved.)

Inhabitants of the Presidio began to settle in what is known today as Old Town State Park. New arrivals were few, and in 1838 San Diego’s pueblo status was revoked with fewer than 150 residents.

“San Diego remained a small outpost in Mexican California, relying on ranching and the lucrative hide and tallow trade.”

A revolt against Mexican rule, a good bit of fussing and bloody fighting, and a battle at San Pasqual, ultimately the Americans defeated the Californians and the American flag was raised in the square at Old Town. The Mexican-American War ended in 1848, and two years later, California was admitted to the United States as the 31ststate in the Union.

William Heath Davis arrived in San Diego in 1850 envisioning a prosperous seaport community. Lumber for building up his New Town was so scarce that he shipped pre-fabricated Saltbox-style houses from Maine. (One of these homes stands on Island Avenue in its third location as the Davis-Horton House.) It was a hard sell for people to leave Old Town.

Davis’ wealth had been the result of his developing trade routes between Hawaii, China, and San Francisco. Sadly, a San Francisco fire in 1851 destroyed the bulk of his earnings and he returned to the Bay area. Davis abandoned his New Town San Diego efforts, and residents dubbed it ‘Davis’ Folly’.

New Town withered until new life was given it by Alonzo E. Horton in 1867. Horton was a provisions purveyor during the Gold Rush, but when that boom died out, he came to San Diego.

Long story short, Horton purchased 960 acres at a land auction. Judge Hollister outbid on a parcel and insisted Horton up the ante. A few cents later Hollister groaned, “You can have it, Horton. I wouldn’t give a mill an acre for all you have bought.” (A mill equals one-tenth of a penny.) And residents of Old Town were satisfied that Horton must have more money than brains.

“When San Diego attained a long-awaited rail connection to the East in 1885, excitement about the area’s future triggered the “Boom of the Eighties,” say Miller and Strathman. Population grew from about 2,600 in 1880 to nearly 35,000 by 1887. “Boosters and businessmen built vital infrastructure, including telephone, gas, and water systems.”

John D. Spreckels arrived at the boom’s height and invested in real estate and wharf facilities.

Land values collapsed by the end of the decade and population dropped to some 16,000. In the boom’s wake was left the iconic Hotel del Coronado.

Lighting the Peninsula and Entrance to San Diego Bay

By the early 1850s, Congress had approved funds for six lighthouses on the West Coast. Burgeoning maritime traffic with the Gold Rush in northern California necessitated the need to light dangers and ports. San Diego was appointed a lighthouse high on the tip of Point Loma (even though topographers measuring for these lighthouses suggested that the government stay away from the 462-foot cliff at Point Loma where fog and low cloud could obscure the signal).

In 1855 Point Loma Lighthouse went into operation. But it served a short career of fewer than 36 years when the station was re-established at a lower elevation. Fog its predicted nemesis! A harbor light at Ballast Point and a new seacoast beacon were in operation by 1891.

Gun emplacements began to dot the hills of Point Loma as early as 1870, and by 1904, the U.S. Army post of Fort Rosecrans was completed. Fifteen gun batteries were constructed. Today their decaying remains are nearly hidden from view.

Chamber of Commerce forged a relationship with the U.S. Navy as far back as 1902 with the building of a coaling station at La Playa. Steam ships of the era needed fuel. However, dredging the bay was of critical issue before the Navy could be coaxed into staying.

Men and their Flying Machines

“Commercial aviation took off, too. T. Claude Ryan arrived in San Diego in 1922 to help launch a regularly scheduled passenger airline with flights to Los Angeles, and designed the monoplane that Charles Lindbergh would make famous in 1937.”

Rail connections and a readapted train station were in place by 1915 for the opening of the Panama-California Exposition. The fair transformed the open spaces of “City Park” (which became Balboa Park) highlighting Spreckels’ gift to the city of the world’s largest pipe organ.

Despite intention to build much of the venue as temporary structures, many remain and Bertram Goodhue’s Spanish Colonial architecture forever defines Balboa Park.

A second months’ long event, the California Pacific International Exposition, was held at Balboa Park in 1935 to promote San Diego’s economy that had slowed during the country’s Great Depression.

Sports and athletics have long been a source of civic pride. Lane Field brought the Padres who joined major league baseball status in 1969. Jack Murphy Stadium was built in 1967, and hosted the hometown Chargers.

Notables in San Diego’s sports history are the arrival of the Gulls hockey team in 1966, creation of the sport Triathlon in 1974, and the U.S. Olympic Training Center that opened in 1995.

In 1916, brothers Harry and Paul Wegeforth launched the San Diego Zoological Society and the formation of San Diego Zoo with ‘leftover’ animals from the 1915 exposition.

“The city’s promotion of tourism is also evident in the development of Mission Bay. A 1958 master plan paved the way for boat launches, beaches, playgrounds, hotels, and the opening of Sea World in 1964.”

Turns out, Alonzo Horton had brains andmoney, that he foresaw a city worth more than a tenth of a penny. Today he might enjoy a craft beer, a jaunt through vibrant neighborhoods like Barrio Logan, or a trek across San Diego-Coronado Bridge.

July 16: A civic ceremony commemorating San Diego’s past and the site of the first permanent European settlement in California. The event honors the 250thanniversary date of the 1769 dedication of Mission San Diego de Alcala.
Presidio Hill 5:00 to 8:00 pm
Sponsored by San Diego History Center

September 14 & 15:  Founders’ Day Festival, celebrating the birthplace of San Diego, will feature entertainment, vendors, and activities for the whole family.
Immerse yourself in San Diego history at this weekend-long festival.
10:00 am to 6:00 pm
Sponsored by Old Town State Historic Park. Event is free to the public.

July 13 & 14: Mission San Diego de Alcala
Festival and Blessing of the Bells (bring your own bell to be blessed),
Saturday with the ringing of Mission bells at noon.
Blessing of the Animals, Sunday at 3:00pm.
Enjoy a two-day festival with food, games, and fun. Visit the Mission website for monthly events to honor the 2019 Jubilee Year. 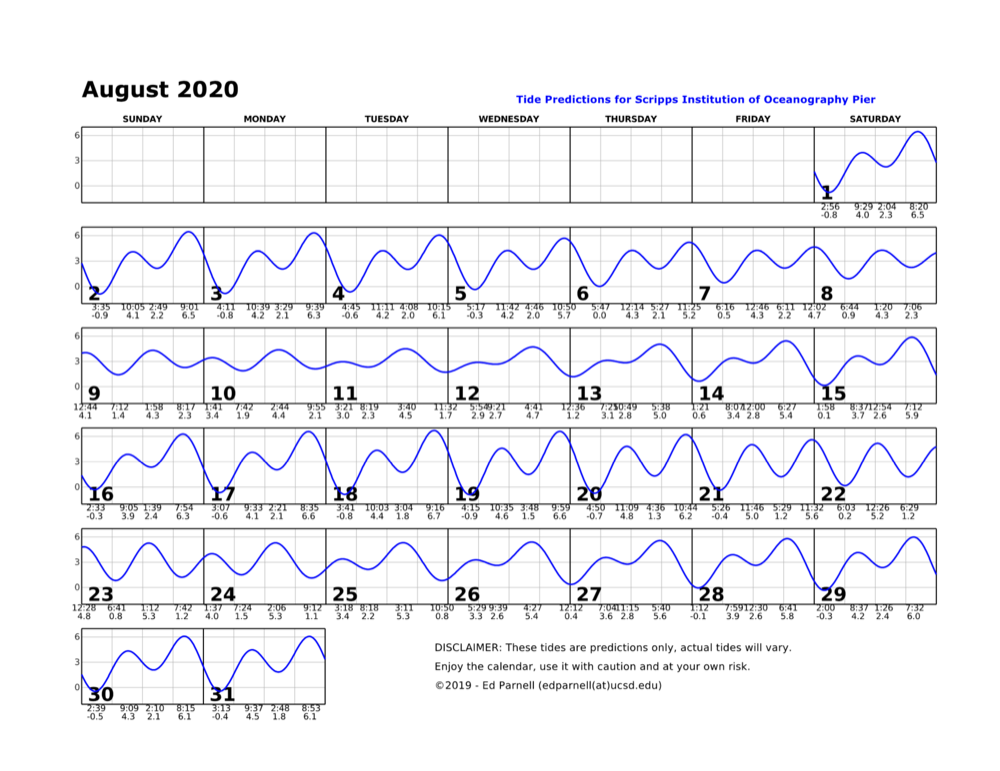